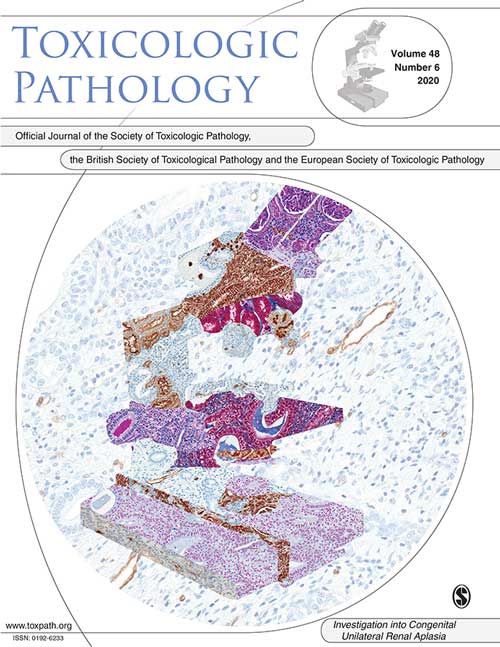 Quantitative assessment of proliferation can be an important endpoint in toxicologic pathology. Traditionally, cell proliferation is quantified by labor-intensive manual counting of positive and negative cells after immunohistochemical staining for proliferation markers (eg, Ki67, bromo-2′-deoxyuridine, or proliferating cell nuclear antigen). Currently, there is a lot of interest in replacing manual evaluation of histology end points with image analysis tools based on artificial intelligence. The aim of the present study was to explore if a commercially available image analysis software can be used to quantify epithelial proliferative activity in rat mammary gland and minipig oviduct. First, algorithms based on artificial intelligence were trained to detect epithelium in each tissue. Areas of BrdU- or Ki67-positive nuclei and negative nuclei were subsequently quantified with threshold analysis. Artificial intelligence-based and manually counted labelling indices were strongly correlated and equally well detected the estrous cycle influence on proliferation in mammary gland and oviduct epithelium, as well as the dramatically increased proliferation in rat mammary glands after treatment with estradiol and progesterone. In conclusion, quantification of epithelial proliferation in two reproductive tissues can be achieved in a reliable fashion using image analysis software based on artificial intelligence, thus avoiding time- and labor-intensive manual counting, requiring trained operators.