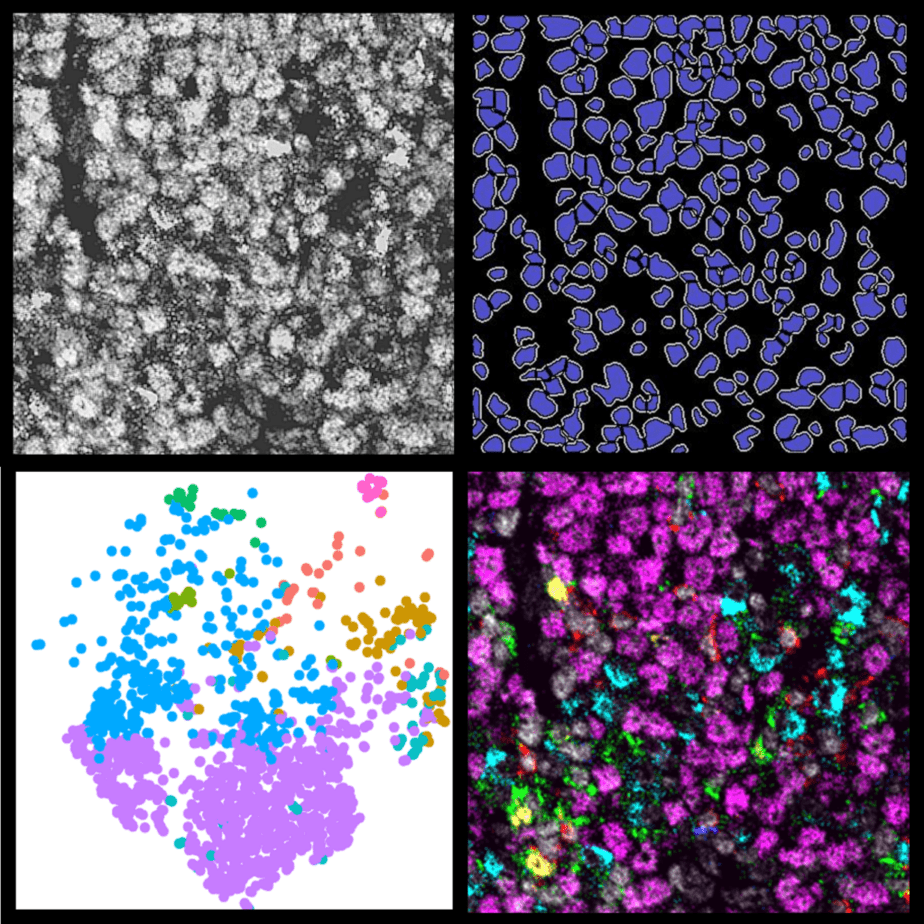 Join us for this 90-minute webinar to learn how expert HALO® users leverage Object Data outside of the HALO platform in their image analysis workflows. Hear from Jamie McNicol of McMaster University who will present on his Multiplexed Ion Beam Imaging™ (MIBI) image analysis pipeline with a focus on HALO’s Spatial Analysis module and how his team uses single-cell data generated by HALO for downstream analysis in open-source software. Dr. Michael Surace, Associate Director at AstraZeneca, will present recent work from his group on validating highly multiplex fluorescence panels investigating the tumor microenvironment in order to develop and deploy a smaller prognostic panel in a clinical setting. Following the two customer presentations, we will have a panel discussion on clustering analysis, led by Maciej Zerkowski, Life Science Applications Manager at Indica Labs. Donald Allen, Product Manager for HALO AI™ will join Mike, Jamie, and Maciej in the panel discussion.

Abstract: Multiplexed Ion-Beam Imaging by Time-Of-Flight (MIBI-TOF) is a powerful technique used to probe the micro-environment of pathological tissues at the single-cell level. With Ionpath’s MIBIscope, you can combine up to 40 markers to produce high-resolution images at the molecular level. We have incorporated HALO’s suite of analysis tools into our analysis pipeline, and use it to segment images into individual cells, annotate regions of interest, and quantify the relative spatial distribution of cells and features across a tissue. In this online seminar, I aim to highlight HALO’s Spatial Analysis module, as well as supply examples of how we use the single-cell data generated by HALO for downstream analysis in open-source software. To analyze these high-dimensional images, we rely on computational approaches borrowed from other single-cell analysis technologies, such as Mass Cytometry and Transcriptomics. We’ve adopted an unbiased analytical approach that can evolve as newer and more powerful open-source analytical tools become available.

Biography: Jamie completed his B.Sc. at Queen’s University, where he studied Biology and Mathematics. He is highly experienced in the methodologies and tools used by the Human Immune Testing Suite at McMaster University to predict and extrapolate trends and patterns from biological data.
Linkedin 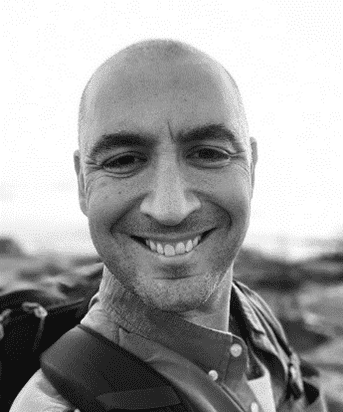 Abstract: Multiplex immunofluorescence has demonstrated value in identifying and reliably measuring prognostic and predictive spatial and multimarker features in the tumor microenvironment. It is possible to identify, in clinical trial and retrospective clinical cohorts, constellations of features which can tell us who will respond well and poorly to immune oncology therapies. Deploying a comparably powerful biomarker in the clinic, however, requires that the key components of the signature be recapitulated in a descaled, minimal version of the multiplex panel which can be stained, imaged, and analyzed at scale across many sites and patient tumor samples. High plex panels are frequently subject to limited validation because they are intended only for exploration and discovery. However for the purpose of discovery and development of a deployable biomarker, validating the equivalence and reproducibility of the high plex panel becomes important because its predictive power will have to be maintained and recapitulated in smaller surrogate panels and larger cohorts as it is descaled to a clinically-deployable size. In this webinar Michael Surace will describe the process and purpose of quantitatively validating high plex panels for predictive signature development.

Biography: Michael Surace received a BS in Biology from James Madison University in 2004 before joining the Medical Automation Research Center in the Department of Pathology at the University of Virginia. In 2006 he began graduate studies in the laboratory of Dr. Liwu Li working in nuclear receptor and TLR signaling network crosstalk and its role in polarization of macrophage activation phenotypes (M1/M2). He received his PhD from Virginia Tech in 2010. Postdocs were at the Medical College of Virginia at Virginia Commonwealth University in Richmond, Virginia in the departments of Anatomy and Neurobiology investigating the cellular mechanisms of microglial activation in response to toxic insult in Parkinson's Disease, then in Molecular Biology and Biochemistry, working on astrocytes as inflammatory immune cells in multiple sclerosis. In 2015 he joined STCube Pharmaceuticals as a research scientist characterizing novel immune checkpoint inhibitor antibodies with multiplex immunofluorescence and digital pathology image analysis to support mechanistic of action research. In 2017 he joined Medimmune/ AstraZeneca as a scientist developing and validating Multiplex IF panels. Since then he has continued developing mIF platform inside Translational Medicine Oncology, focusing on validation of panels, reproducibility across sites, and improving the image and data analysis pipelines for research and clinical trials to support the development of predictive and prognostic models incorporating multiple markers and spatial information.
Linkedin
HALO, HALO Modules, Webinars
Share:
<
>
This website uses cookies to improve your experience. We'll assume you're ok with this, but you can opt-out if you wish.
ACCEPT REJECT
Read more Cookie Policy and Privacy Policy
Privacy & Cookies Policy

This website uses cookies to improve your experience while you navigate through the website. Out of these cookies, the cookies that are categorized as necessary are stored on your browser as they are essential for the working of basic functionalities of the website. We also use third-party cookies that help us analyze and understand how you use this website. These cookies will be stored in your browser only with your consent. You also have the option to opt-out of these cookies. But opting out of some of these cookies may have an effect on your browsing experience.
Necessary Always Enabled
Necessary cookies are absolutely essential for the website to function properly. This category only includes cookies that ensures basic functionalities and security features of the website. These cookies do not store any personal information.
Non-necessary
Any cookies that may not be particularly necessary for the website to function and is used specifically to collect user personal data via analytics, ads, other embedded contents are termed as non-necessary cookies. It is mandatory to procure user consent prior to running these cookies on your website.
SAVE & ACCEPT