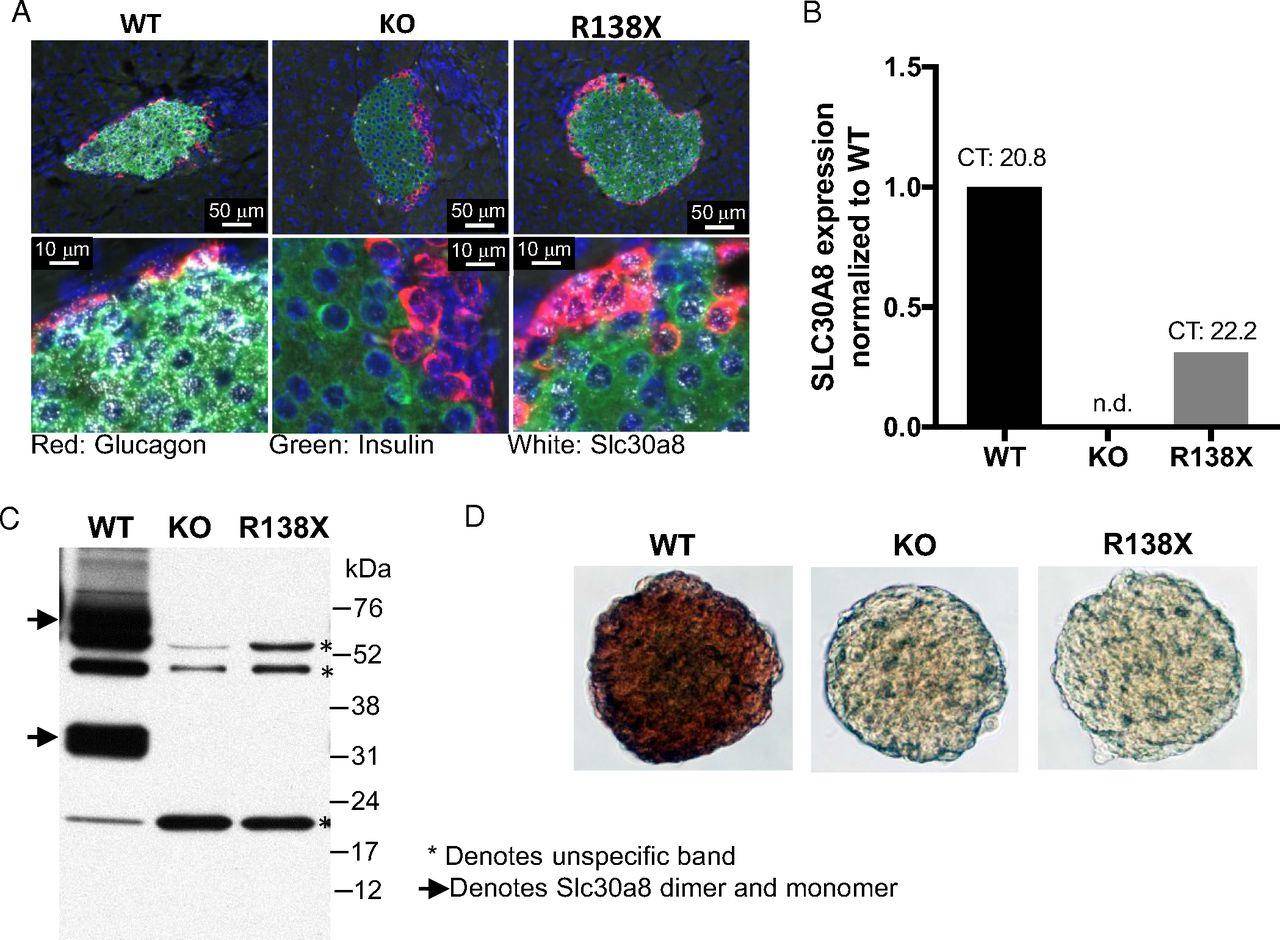 SLC30A8 encodes a zinc transporter that is primarily expressed in the pancreatic islets of Langerhans. In β-cells it transports zinc into insulin-containing secretory granules. Loss-of-function (LOF) mutations in SLC30A8 protect against type 2 diabetes in humans. In this study, we generated a knockin mouse model carrying one of the most common human LOF mutations for SLC30A8, R138X. The R138X mice had normal body weight, glucose tolerance, and pancreatic β-cell mass. Interestingly, in hyperglycemic conditions induced by the insulin receptor antagonist S961, the R138X mice showed a 50% increase in insulin secretion. This effect was not associated with enhanced β-cell proliferation or mass. Our data suggest that the SLC30A8 R138X LOF mutation may exert beneficial effects on glucose metabolism by increasing the capacity of β-cells to secrete insulin under hyperglycemic conditions.